Discover the Islamic roots of science and technology 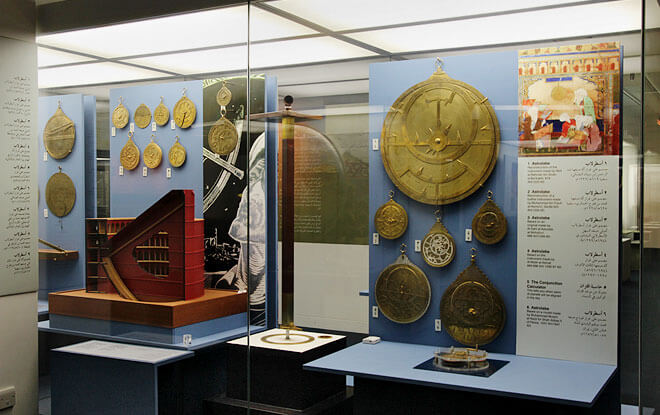 A highlight of the Gallery of Science and Technology is the astrolabes. Perhaps the most important astronomical instrument developed by Islamic scientists

The Sharjah Museum of Islamic Civilization not only houses more than 5000 artifacts, it also regularly hosts exhibitions and internationally renowned displays of Islamic art. The first of its kind in the UAE, the museum boasts seven sections, one of which is the Ibn Al-Haytham Gallery of Science and Technology.

The Ibn Al-Haytham gallery illustrates the achievements of Islamic science and the major contributions of Islamic scholars to world civilization. Named after Abu Ali al-Hasan ibn al-Hasan ibn al-Haytham, a celebrated Islamic scientist, polymath, mathematician, astronomer and philosopher, the gallery showcases some of the most outstanding discoveries, inventions and theories developed by Islamic scholars in such fields as astronomy, medicine, mathematics and marine navigation - amongst others. Sophisticated three-dimensional models, audiovisuals and extensive information all form part of the immersive experience.

A highlight of the Gallery of Science and Technology is the astrolabes. Perhaps the most important astronomical instrument developed by Islamic scientists, the astrolabe is based on Hellenistic prototypes. It was perfected in the Islamic world and became the most commonly used device in astronomy both in the region and, later on, in Europe. It was used to determine time, measure latitudes, observe the positions of the stars, and to locate desired destinations–a truly indispensable tool for the progress of modern civilsations. The astrolabes displayed in the gallery are faithful reconstructions of historical originals made or described by Islamic scholars between 600 and 1100 AH (1200 - 1400 AD), showcasing the origins of an indispensable instrument: a fascinating and educational experience for all.