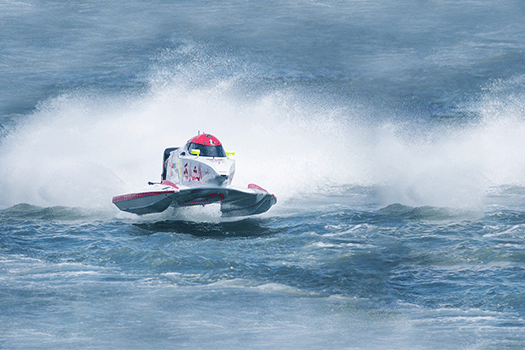 Who are the competitors? Where will they race? Andy Marty (@andympics), curator of popular blog The Travel Hub, gives you the lowdown on one of Sharjah’s biggest sporting events.

The normally calm waters of Sharjah’s Khalid Lagoon are set to erupt into a frenzy of colour & action, as the most exciting event on water takes place from December 17th to 21st. The UIM F1H2O World Championship is the pinnacle of single-seater inshore powerboat racing - a sport known for its high speeds & exhilarating turns.

The lightweight catamarans are piloted by elite drivers, with 10,000Hp of engine behind them. The boats are capable of reaching speeds of 220km/hr, making this one of the most exciting spectator sports in the world.

From a standing start, only meters from the crowd, the boats take off leaving fountains of water behind them. The races are a test of both skill and speed, around each adrenaline-fueled turn and down the high-velocity straights.

Khalid Lagoon is easily accessible on the Sharjah Corniche, with perfect vantage points from the promenade at Al Majaz Park. There is car parking nearby for anyone making the short drive from Downtown Dubai. The best part of all is that this a free event for spectators, making it the perfect opportunity to bring the whole family to come and see the excitement of power boat racing.

Come and show your support for Team Sharjah as they compete against an international field of powerboats, all hoping to earn their place on the podium. This is the first year Sharjah are racing their own team and this year will also mark the 20th Anniversary of the race taking place at Khalid Lagoon, with some incredible finishes during that time. During the 35-year history of F1H2O, there have been 279 Grand Prix in 32 countries on 5 different continents, making this a truly international sport. Whilst at first glance, the sleek catamarans do bear some resemblance to the boats of the 70’2 and 80’s, there have been enormous improvements both in terms of performance and most importantly, safety.

This year’s Championship Series is contested by 18 drivers from 9 teams, competing in races in the Middle East, Europe and Asia. Each city hosts a Grand Prix, with the winners and place getters earning points, with the final race in Sharjah set to determine who is crowned the World Champion. 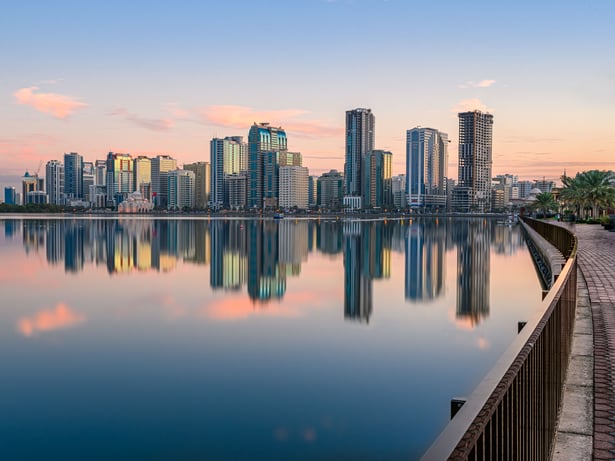 In addition to the excitement of the UIM F1H2O World Championship Series, there is lots to do in Sharjah, so it is worth planning the full day or better still, making a weekend of your visit. For families, I can highly recommend Al Montazah Parks - with the Island of Legends Amusement Park and Pearls Kingdom Water Park. Just around the Corniche is the incredible Al Noor Mosque - with its classic Ottoman style architecture. Be sure to visit inside the mosque with its intricate calligraphic inscriptions. Across the short bridge from the mosque is Al Noor Island and the Al Noor Butterfly Park or for something completely unique, visit The Rain Room at Sharjah Art Foundation.

So mark down the dates in your calendar and set the day aside to visit Khalid Lagoon in Sharjah for one of the most exhilarating spectator sports you will see! I look forward to seeing you there.

Travel & lifestyle photography based in Dubai.